We want to introduce you to the people who make Armadillo tick. So grab a coffee, settle back and say hello to Chris…

Describe what you do in less than 10 words
I bring 2D designs to life with fun and engaging animations.

What do you like most about your job?
Creative problem solving. I love being given the challenge of “How do we say ‘this’ and get the user to do ‘this’ in a straight-forward, non-confusing way… with only ‘this’ space available and in ‘this’ much time”!

What’s your biggest achievement?
When I was an Art Director in London, I used to get sent free albums by music companies who hoped I might want to use the music in a commercial.

If you were stuck on a desert island, which book, film and album would you take?

Tell us something about you that might surprise us
I once shook hands with the Archbishop of Canterbury in the middle of a swimming pool… and then found myself holding hands with him again one New Year whilst singing Auld Lang Syne!

If you won the lottery tomorrow, what would you do?
Buy a boat and sail around the world cooking sea food.

What’s the most interesting thing you’ve ever done?
I went on a 3 week tour of ex-Soviet countries by myself in 1991 on a coach full of similar aged people I’d never met before.

If you were a superhero, what would your superpower be?
Flight. That would be cool.

What did you want to be when you were a child?
An astronaut.

Do you have a side hustle you’d like to share?
I’m a mobile DJ. It started at University parties in the mid-90s as I’d always loved and owned a wide variety of music and just happened to be the person with the largest record collection. As friends began to get married they asked me to DJ at their weddings which continued sporadically until I decided that I should setup a proper business and buy my own equipment. I started DJ Hire Bristol in 2011.

On average I play around 30-40 discos a year. It’s not a hobby and I take it very seriously – the events are important celebrations in people’s lives after all.

Tracks that fill the dance floor vary depending on the audience but Dancing Queen by Abba or Uptown Funk by Bruno Mars are good floor fillers, and Mr Brightside always goes down well too! 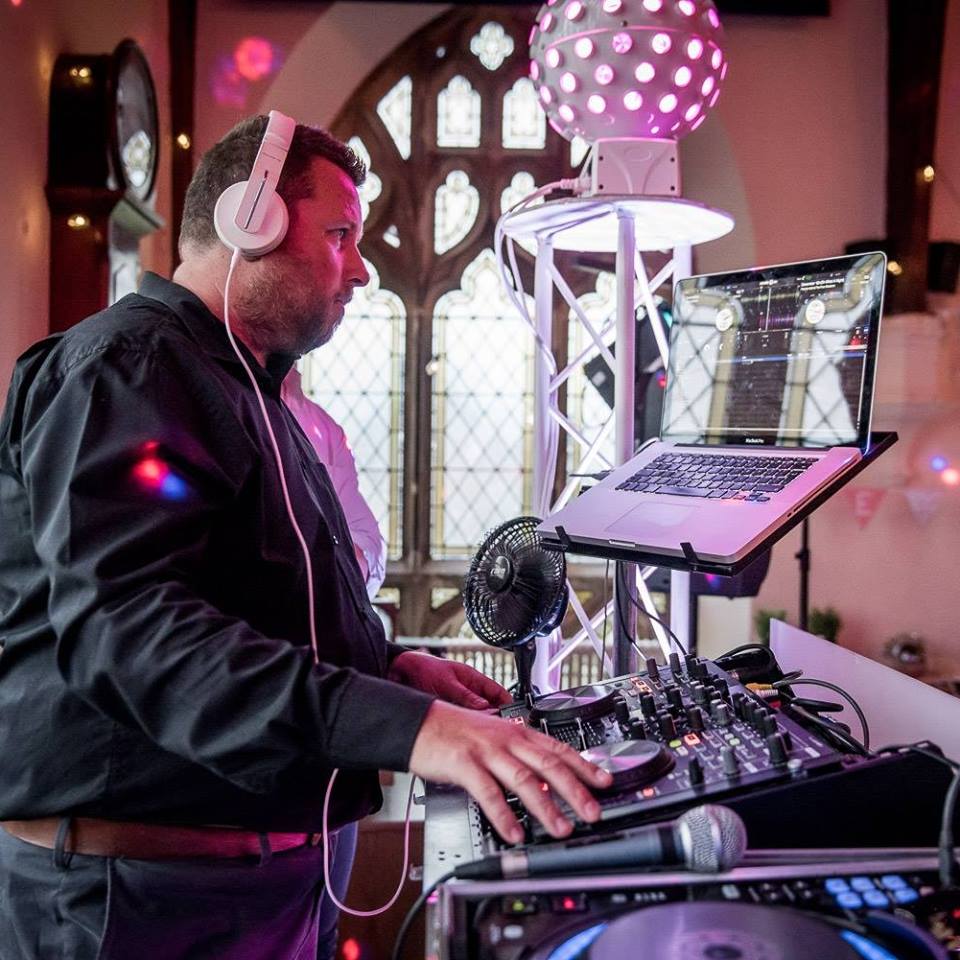 What inspires you?
Electro pop singers from the 1980s. Mainly Phil Oakey, Gary Numan and Depeche Mode. How do they keep going? How do they still sound and look so great all these years on?

What could you give a 20-minute presentation on with absolutely no preparation?
Synth bands of the ’80s.

What songs have you completely memorized?
Rat Rapping by Roland Rat

What are some small things that make your day better?
Food. Mainly snacks. Anything really so long as it’s bad for you.

What stat for your life would you most like to see?
How many miles I’ve cycled.

What’s something you’ve been meaning to try but just haven’t gotten around to?
Stand up paddle boarding.

How Chris would describe what Armadillo does:

Armadillo inspires people to do something.

What advice would you give a candidate who wants to join Armadillo?
Learn about CRM!

What’s the most inspiring part of your job?
Working with like-minded people.

What are the three best things about working at Armadillo?
The atmosphere, the camaraderie and the good times.

If someone only had one day to spend in Bristol, what should they do?
Stroll along the docks, head up Park Street into some of the cool shops then continue up Whiteladies Road to the Downs before heading across the suspension Bridge to Ashton Court.

What and where is Bristol’s hidden gem?
In terms of food, Caribbean Wrap in St Nicholas Market. Their Goat Curry is amazing!

What are your favourite restaurants and bars in Bristol?
Too many to mention. The calzone in Sergio’s is superb, the dansak from Old India is delicious and there are many, many more…

If someone is new to Bristol, what groups should they join?
A cycling club is a great way to see the local sights. And a canoe club.

Chris recently wrote an article for net magazine about the increased use of animation in email. Check it out.